We re glad to announce that from February 2022 Professor Yospeh Edrey, Emeritus of tax law at the University of Haifa will be visiting Professor at the Department of law, where he has been appointed as "Gianformaggio Visiting Professor" for the spring semester.

Professor Edrey shall lecture on Constitutional aspects of fiscal legislation to students, alumni (-ae) and anyone wishing to join us. Although the timetable has to be publish yet, should you be interested in joining us (either in presence or online), please drop a mail to marco.greggi@unife.it

The course  is divided into three parts.

The first part addresses some theoretical analyses of the following issues: Why we need taxes; Tax justification; Constitutional definition of Tax; Pigouvian tax and tax reliefs as means to deal with externalities (negative and positive as well); Major tax bases; Are taxes levied by a collective consent? The “Economic Social Contract”; The "four canon of a good tax system" and their implantation in modern time; The joint project concept; The benefit principle vis a vis the ability to pay; The role of economists in fiscal legislation; Do tax reliefs achieve their stated goal? Taxes on firms and households; Progressive, proportional, and regressive taxes; Who is responsible for the complexity of the tax system and the powerful “coalition” of lawyers, accountants, politicians, lobbyists, policy makers, administration officials and capital owners; The tax system's impact on the democratic regime; Negative income tax; The aggressive of international tax competition; The single tax principle.

The second part is devoted to examining both the constitutional and the non-legal sources of various provisions in the common income tax systems. As for the former we discuss:  The Constitutional Right Not to pay without Consent; Tax and the Right to a Dignified Minimum Standard of Living; The Constitutional Right to Equality; The Constitution and Retroactive Taxes; The Constitution and Punitive Taxes; Tax Legislation and Freedom of Occupation
As for the latter, we will focus mainly on Finance insights (what is interest? Time value of money, present and future values, etc.), and the firm theory, and use them in order to reveal the logic and rationales of basic income tax's rules. We shall stress the distinction between current income and capital gain; why private expenses are nondeductible for calculating taxable income; The realization requirement; The tax units and tax timing; Who bears the tax burden and income shifting; Linear and phased out tax reliefs.

The third part aims to use the above theoretical and constitutional principles, and compare them with a national system, including the American one. Each student will be asked to briefly present the tax system used in her/his country and analyze it in accordance with the principles and ideas reviewed in the first part. 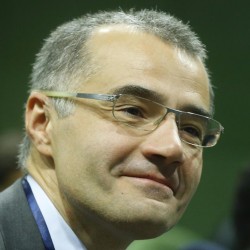 Stay up to date! Get all the latest & greatest posts delivered straight to your inbox.